Outsourcing Scope Across The Globe

All country has its own way of handling education, healthcare, political, and economical situations. Outsourcing Scope behind every economic activity in a country, all the processes are not necessarily happening interiorly, some countries also outsource some processes from other countries.

If we talk about developed countries like Norway, Switzerland, the USA, and many more, so it can be seen that the trend of BPO (Business Process Outsourcing) in these countries is growing very fast and playing a vital role in the background of their economic processes. There are a lot of processes under business process outsourcing and one of the biggest and most important processes in BPO is telecalling and it has two types, sales and customer service.

[Read More: Is Outsourced Billing for You?]

If the company’s client is from an English speaking country, then in the telecalling process along with the ability to speak English efficiently, it is also checked that how well the candidate can understand the English by listening to the other party on the call and as we know telecalling is a very important process because of which many types of tests have been designed for all the Employees selected inside it such as Versent test, IELTS, etc.

The IELTS exam consists of 4 parts, in which the IELTS listening exam is considered the most important for the recruitment in any BPO which is working with the client from Eglish language origin because it helps in marking the candidate and giving the score based on IELTS listening band score ranging from 1 to 9, considering English listening ability of the candidate.

And the versant is a fully automated computer programmed test to test the skills of spoken English of a candidate. Versant test was the first automated test of its kind and available for English as well as many other foreign languages such as Spanish, Dutch, Arabic, etc

It is not that BPO services are beneficial only for the countries that outsource it. Rather for those countries that provide it or host the outsourcing activities. Because when it comes to the employees of the host country, they are getting a good salary package or monetary benefit through BPO in comparison to the rest of the industries in the country. After all, the currency valuation of the foreign currency that they are getting is more than their country’s currency valuation 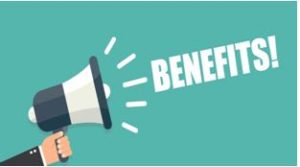 If we take the example of India, then not only the BPO provides a good salary package to the people but at the same time it provides the people with very good employment opportunities and contributes 5.4% to the entire GDP (gross domestic product) of India with the growth rate of 28% per annum and similar figures can be found in India as well as many other developing countries which shows the importance of BPO services.

If we talk from the perspective of the countries who outsource these services then it is beneficial for them too, because if they find resources for the business processes in their country, then it will be way far expensive in comparison with under developing countries. English is considered a business language, hence English is used in more than 90% in the telecalling process under business process outsourcing and for this reason, it becomes necessary to qualify the English proficiency test for the most of the Tele calling process where IELTS exam comes into the limelight in which much attention is paid to the listening & speaking part and the candidate needs to secure a valid score based on the scale of  IELTS listening band score.

Many factors play a key role in the outsourcing of business processes to a country such as cheap Land, Labour, Resources, Capital, etc. Companies usually perform PESTEL analysis in the country before outsourcing services from that country to study different kinds of environment such as Political, Social, Economical, Technological and Legal with which they try to find the optimal location for the outsourcing. 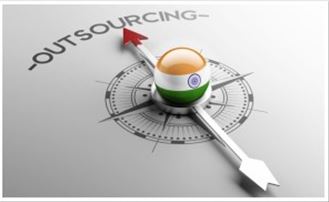 If we see the current scenario in India where the Workforce, Infrastructure, Capital and many other resources are easily available at affordable rates which makes India a point of attraction for the business process outsourcing purpose.

How much will an MBA cost in Germany?

Things to Remember When Choosing an Online Math Class Program

How to Make Sure You’re Following Nursing CEU Requirements

Online degree courses that you can opt for