Types of Screw Actuators and Their Applications

Screws are mechanical fasteners characterized by the use of helical threads around long shafts. Most are used to join together two or more solid objects. Screw-driven actuators are a little different. They’re designed to convert rotary motion into linear motion. This article will cover all kinds of screw-driven actuator assemblies and discuss their most common applications.

Ball screws are a specialized form of screw-driven actuators most commonly found in industrial machinery. They’re reliable, precise, and are able to run with high axial loads. A well-made ball screw is able to convert rotary motion into linear motion with minimal friction and high precision, even under high-cycle conditions.

Ball screws transfer motion in a similar way to recirculating ball bearings. As a result, they rely on lubricants to keep friction low and ensure ongoing operation. They’re ideal for most industrial applications, though the need for lubrication means ball screws may not be the best option for sensitive environments.

Under the right conditions, ball screws remain efficient and effective even after many rotations. Machine operators have a vital role to play in ensuring that the equipment stays in good working order. They should avoid overloading the ball screws, ensure that they are in alignment with journals, nut housings, slides, gibs, and roller cages, and keep them lubricated. Follow the manufacturer’s recommendations regarding the type of lubrication and make sure it’s clean. It’s also relevant to note here that dirty working environments can cause excess wear and premature failure of many parts, including ball screws. 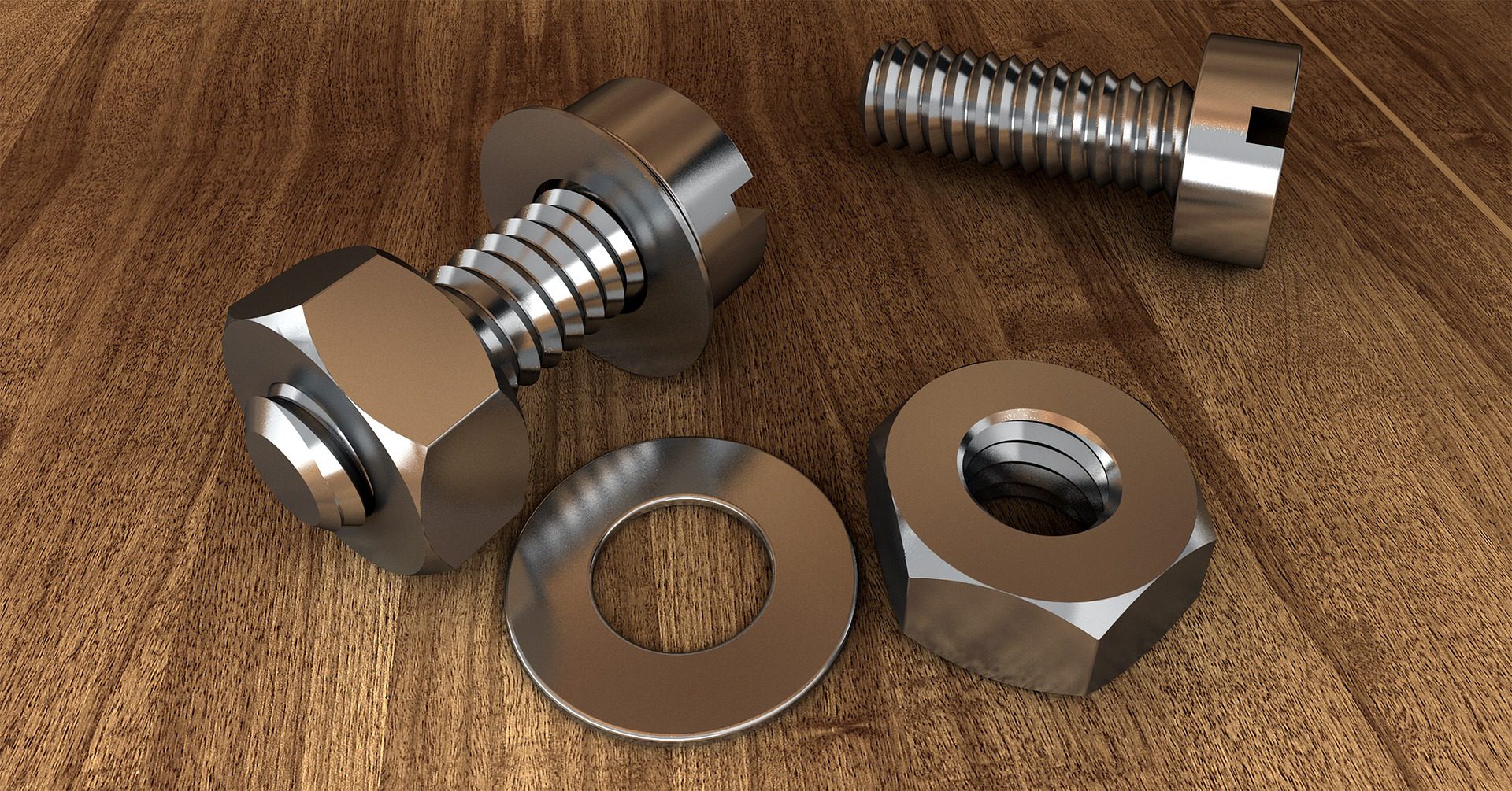 Lead screws also transfer rotary motion to a linear plane. They feature a very different, much simpler design, though. The screw shaft rotates as the motor turns, which pushes the nut forward or backward on the threads depending on the rotation direction. This strategy allows the circular motion of the motor to be converted into linear motion on the screw shaft.

Since they’re so much simpler than ball screws, lead screws are more affordable to manufacture. Unfortunately, they’re not always a viable option. Lead screws have a slower peak speed than ball screws, exert less force, and have a shorter stroke length. They’re also less accurate and create more backlash as a result of their designs. That higher frictional force reduces efficiency and shortens lead screws’ usable life cycles in comparison to ball screws.

Despite these pitfalls, lead screws are still the better option for certain applications. They’re a better fit for vertical applications since they have low torque and no back-drive. Lead screws can thus position heavy loads without the need for brake mechanisms.

Acme screws are a type of lead screw that features a trapezoidal-shaped thread. They transfer rotary motion into linear movement using the same principles but come with the added benefit of being able to achieve self-lubrication to cut down on friction. Acme screws feature polymer nuts, which have a low frictional force. The ability to operate without the need for external lubrication gives acme screws an advantage in sensitive settings like healthcare facilities and food processing plants.

Electric roller screws are low-friction, precision screw-driven actuators that do not rely on ball bearings. They replace the recirculating balls with threaded rollers with toothed ends. The toothed ends of the rollers mesh with geared rings at the ends of the nut and spin in a planetary configuration. Roller screws provide more contact points than ball screws, giving them a higher dynamic load capacity. They also feature finer threads to reduce input torque requirements.

Roller screws feature a long stroke length, a high peak speed, and better force and accuracy ratings than either lead screws or ball screws. They have low backlash and high repeatability, so they can last for years. However, these precision screw-driven actuators are very expensive and are best reserved for specialized applications.

Where it really makes sense to use roller screw actuators as opposed to ball screws is in replacing hydraulic actuators. Moving away from hydraulics helps to simplify complex systems and remove the need for hydraulic fluid. Roller screws’ load-bearing capacities and stiffness characteristics are similar to those of hydraulics. They’re good for high-force pressing and inserting applications. In some cases, roller screws can also be a viable alternative to pneumatic actuators.

What About Belt-Driven Actuators?

Belt drive actuators accomplish the same goal of converting rotational motion into linear motion. In terms of operation, they’re more similar to conveyor belts than to ball screws, though. A timing belt connected to two circular pulleys translates the rotary motion. The belt features teeth that interface with the rotor pulleys and is usually enclosed in an aluminum body.

There’s no one type of actuator assembly that’s right for every application. Despite a wealth of recent innovations in electrical actuators, including high-precision roller screws, ball screws remain the most popular option in horizontal industrial applications. They offer a good balance of cost efficiency, load-bearing capacity, and precision.

Ball screws are less expensive than roller screws but longer-lasting than acme and other lead screws. The general exceptions are actuators for sensitive environments that cannot tolerate lubrication and vertical applications that do not feature external braking systems. When in doubt, call an industry professional to discuss the specific application and any unique concerns that come along with it.