With the growth of the IoT or IoT Evolution the Internet of things with the innovation, there is a broader business gain. Businesses could easily capitalize on the IoT solution developers for efficiently improving operational efficiency.

In the modern world, IoT android app development helps enhance the User Experience along with creating the digital business. Connecting people becomes a much more efficient option suitable for enabling a more extensive reach to the audience. The evolution of the IoT is highly increased with better projections along with safer bets.

IoT is usually the interconnection of various devices like smartphones, tablets, thermostats, cars, and many others. With the use of IoT, it becomes a more useful option for transmitting, storing as well as collecting data. This technology allows a complete real-time exchange of data with better analysis.

In the modern-day, the IoT android app development becomes the most critical aspect for carrying out different activities with an accurate analysis. With the use of this advanced technology, it becomes much easier to:

As newer technological transformations are being applied in the IoT architecture, a plethora of problems are coming to the fore. Innovations in the field are also making it difficult for experts to anticipate how the process will be streamlined for this future tech. For instance, IoT is expected to work seamlessly over the next generation of 5G devices. Though it has also opened unexpected security issues in the testing phase that manufacturers need to strictly adhere to. Similarly, any malfunctioning device or the corrupt file can wreak havoc in the whole network. So organizations need to understand the right IoT architecture before implementing them.

Here are general trends that will have a major impact on the future of IoT.

At first glance with IoT was seen as a huge umbrella of network connectivity as multiple devices will send information to the remote servers to perform specific tasks. Though it resulted in high bandwidth and more pressure on central servers thus reducing the overall performance. So using technology at the edge and nearby devices not only lowers the bandwidth but also enhances the system capabilities to use mobile servers efficiently.

Marketing efforts with the use of IoT become a disruptive trend to the extensive highway. Marketing techniques are similar to that of the cloud launched years ago. Based on recent research, the global market for the Internet of things (IoT) is expected to increase even up to 212 billion U.S. dollars in 2020. IoT has reached more than 100 billion dollars in the market revenue. According to experts, this figure would grow to more than 1.6 trillion on its marketing revenue by 2025.

In 2020, many businesses have switched towards the Industrial Internet of Things (IIoT) as it offers innovative tools for the operation, value proposition, and supply chain. A number of IoT development companies have been formed around the world for maximizing the IoT application development services. Digital data holds a better option to eliminate the guessing as well as understanding operations in much more sophisticated aspects. Based on statistics, more than 56% of respondents especially prioritized the digital technology for monitoring the production of the product as well as predicting the failures. Digital Twin is an essential IoT app development tool for improving the operation using digital data. In the world of IoT 2020, Digital Twins would play a considerable role and be considered the virtual doppelganger for the real-world thing.

IoT networks are highly used in the specific and fairly narrow field. For example, IoT devices could be used in agriculture for measuring the soil quality, water levels, and many others. The implementation of these trends also leads to the increase in the generalized network called Smart Cities. Broader networks also place unrelated data in the same database. With IoT, it would be much easier to get robust data sets and explore new opportunities for several verticals from their current methods only.

, Industry 4.0 or the Fourth Industrial Revolution has been widely expected with the introduction of IoT and the 5G network. IoT evolution in 2020 also helps to support the innovation in the technology that induces AI, robotics, and much more. These technologies are available within the reach of businesses or enterprises. It creates a significant impact on all sectors, such as electronics, textiles, automotive, and more. With the introduction of digitalization and automation in the IoT app development company, especially made complete easier for digital manufacturing. It allows the production of the changes in midstream even without any disruption.

In the digital world, data plays an important role. AI technology is widely increasing as the avalanche of data has been collected in the modern-day. AI technologies with the implementation of IoT are especially helpful for handling information and machine learning on the top lists. AI maximizes the value of IoT data along with more IoT mobile app development techniques involved.

6. Issues in IoT Security Rise When Not Implementing the Right Technique:

With the advancement in the IoT, Cloud Computing, 5G, and many others have increased the number of connected devices exponentially. In 2020, technological advancement has made a complete option for driving digital transformation in all businesses. With the increase in IoT solutions, it is also essential to analyze how to mitigate risks as well as how to overcome security challenges. Securing the device after the deployment is quite hard compared to that of the outset. Therefore, businesses of all sizes, both small and large, are required to be prepared for keeping critical operations running using end-to-end security solutions.

7. Worldwide Connectivity Is Must:

With the world becoming digitized, it is important to connect all devices manufactured, deployed, or travelled from one place to another. There is a need for instant and always-on connectivity for accessing the data through IoT.

The Internet of Things (IoT) is undoubtedly the most cutting edge technology today that will surely create a spark in the future. Still, the process for connecting devices in IoT architecture and sharing data seamlessly is quite complicated. Some trends have a clear path, while others have more uncertainty around them. Manufacturing protocols, edge technology, and connectivity of services need to follow uniform standards to complement each other.

Another aspect of revolution in IoT is the need for training and educating professionals to deal with this emerging technology. So expect the IoT learning curve to have strong career prospects in the future. Businesses will have to invest in programs and training for their employees to work around them.

Cuelogic is among the leading IoT Development Companies with expert solutions in integrating this smart technological architecture to help businesses move forward in the right direction. 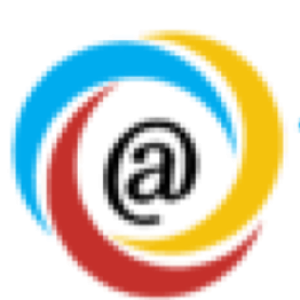 Shaik Khaja, A web Content enthusiast who always keeps a tab on the latest happenings in the different niches.. He’s Curious to learn and implement emerging things floating around the industry. Reach out him gmail Twitter FB LinkedIn