At the advent of Apple’s big comeback, Mac computers were often advertised as being immune from viruses. Considering what enormous problem viruses, malware, and other cyber threats regularly pose to Windows PCs, many of us understandably found this claim enticing. However, despite not being targeted quite as often, Apple’s flagship computers are every bit as susceptible to the aforementioned threats as standard PCs. Fortunately for Apple enthusiasts, defending their computers for digital dangers doesn’t have to be an uphill battle. The following cyber safety tips are sure to prove useful to anyone looking to keep their Apple computer safe from a growing array of cyber threats.

Although macOS features a number of built-in antivirus properties, there’s simply no substitute for dedicated antivirus software. The right software will be able to work in tandem with your operating system to stamp out viruses and other cyber threats in their tracks. Fortunately, when searching for antivirus for Mac, you’re likely to notice that your options are far less limited than they once were. Although many software developers used to prioritize Windows, Apple devices are now regarded as every bit as important.

In your quest to find the right antivirus software, look for programs that provide users with real-time updates, as this illustrates that the developer is working around the clock to monitor new and emerging threats. Additionally, keep an eye out for programs that offer easy-to-access 24/7 support. If you encounter a problem with your antivirus software, the last thing you want is to be stranded without a paddle. Doing a little bit of consumer research is also likely to serve you well. Before committing to purchase an antivirus program, go online and read feedback from other people who have used the same software. With the help of your favorite search engine, you should have no trouble finding a wide assortment of consumer feedback sites and message boards. If the reviews you come across are overwhelmingly negative, you may want to consider other options. (However, keep in mind that virtually any product you research is bound to have at least a few unfavorable reviews.)

Keep Your Operating System Up to Date

When it comes to operating systems, macOS is among the most dependable. However, like any good operating system, it needs to be enhanced and improved upon on a consistent basis. This is why it’s so important to install system updates posthaste instead of allowing them to pile up. Since many of these updates directly pertain to system security, you’re making your computer less safe by postponing their installation. In other words, the sooner crucial system updates are installed, the safer your Mac will be. If you find manually installing updates to be too cumbersome, you can simply take yourself out of the equation by enabling automatic updates.

Disabling Java in Safari – or whatever your preferred browser is – can be a boon to your Mac security efforts. Since assorted malware has been known to install itself through Java security breaches, it’s generally a good idea to take Java out of the equation. You can take things a step further by disabling Java system-wide via macOS. In fact, if you have no conceivable use for it, you may want to consider removing Java altogether.

While ignoring software installations prompted by random popup windows may seem like a no-brainer, far too many Mac users fail to heed this advice and wind up plagued by viruses and malware. As a general rule of thumb, you should abstain from installing the software you neither want nor need, especially if its installation is triggered by a random popup. You can help nip this problem in the bud by disabling popups in your browser and utilizing dependable popup blockers. 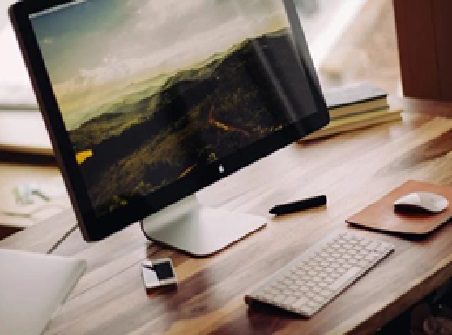 As an Apple aficionado will tell you, Macs hold a number of advantages over standard PCs. Immunity to viruses, malware, and other cyber threats, however, is not among them. That being the case, no Mac user can afford to regard cybersecurity as an afterthought. Luckily, building up your digital defenses needn’t take up a great deal of your time or financial resources. Anyone eager to keep an Apple computer up, running, and safe from cyber threats for the foreseeable future can benefit from the measures discussed above.

What Benefits Does a UPI Bring for Small Business Owners?

Innovative Use of Google Cloud Services in Education