Garena Free Fire is one of those android games, which has gained a lot of popularity and attention in 2020. You might have seen 3rd Anniversary Free Fire posts around Facebook and other social platforms.

Free Fire has offered a whole week of free rewards, gifts, characters, etc. This was one of the biggest Anniversary events by any mobile game. Garena Free Fire is a role-playing action game. The game allows its user to compete against 49 other players in a battle royale game with just one task at hand “Be the winner or the last man standing.”

The game features amazing graphics and more than 32 different characters, and each character with its unique ability. The characters’ ability ranges from healing allies to providing them a good cover. Even though the game is a battle royale genre game, it still gives the best in-game cover possible.

Garena Free Fire provides IGLOO, which is like a grenade, but instead of damaging you, it provides you a temporary wall for some minute. IGLOO is quite useful, especially when you are taking fights in an open area. As mentioned above, you will have to compete against 49 other players.

The gaming environment is fair to everyone, so you, along with 49 other players, will be dropped off at an Island. In there, you must collect everything you can for your survival: Best weapons, healing supplies, scope, etc. Use those guns to defeat your opponents and become the winner of the match. 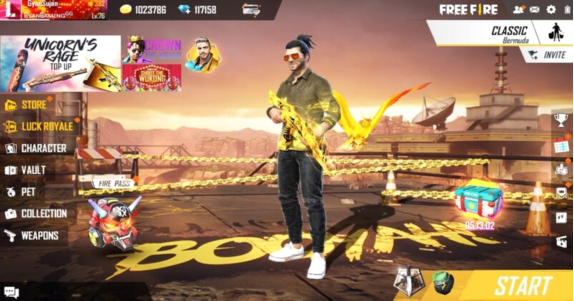 You will have the option to choose your character so choose wisely. You will also have Solo vs. Solo, Duo vs. Duo, and Squad vs. Squad matches to play. There are other game modes in the game where you can participate. You can buy those in-game characters through Diamonds, or you can roll them through the gacha system, which also requires Diamonds. The game is best played on PC, and there is a solid reason behind it.

Have you ever watched a streamer playing Free Fire, PUBG Mobile, etc.? Those guys usually play on an android emulator, which allows them to progress faster and increases their movement speed compared to other players. Android emulator is required if you want to play Free Fire on PC. Android Emulators also allow Free Fire for PC download for free. The following are the 5 best android emulator for Free Fire.

LDPlayer is one of the 5 best android emulators for Free Fire for PC download. The emulator brings a lot of new and unique features to the table.

BlueStacks and LDPlayer are both the best android emulators as of now. In the end, it depends on the users and which emulator they are most comfortable with.

Memu is the 3rd emulator on our 5 best android emulators. Memu performs quite impressively on both low-end and high-end PCs, and the best part about Memu is that it doesn’t need a high-end PC to show its unique features in play. 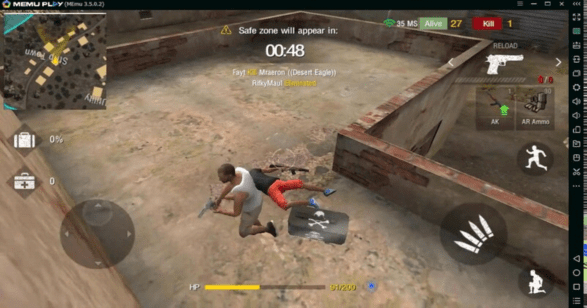 MSI App Player is another version of BlueStacks specially designed to perform quite impressively on low-end PC. MSI APP Player runs smoothly on a 4Gb Ram PC; however, if you run it on 2GB Ram, you will start lagging and having different issues. MSI APP Player provides you a smoother gaming session on a low-end PC while maintaining your Pings and high-performance game. If you have a graphic card on your PC, you can use its HD Graphics settings without heating your PC. 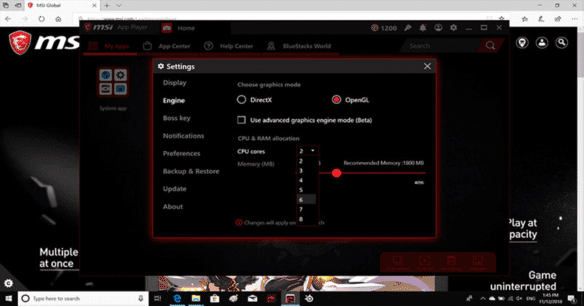 All of the above-mentioned android emulators are the 5 best emulators for the Free Fire game download for PC. Almost every emulator is good for Free Fire for PC download, but it all comes down to the 5 best emulators, solely based on emulators’ performance. Will, it allows you hours of uninterrupted gaming sessions? Will it harm your PC, etc.

These questions can only be avoided if you go with the above-mentioned emulators; you won’t have to worry about all these questions. For those who are interested in only one top emulator for Free Fire download for PC: the answer is not as simple as a question. There is quite a debate between LDPlayer and BlueStacks, and it all depends on you, which emulator are you most comfortable with.

A Comprehensive Guide to Betting on Cricket in India 

How To Spot A Good Online Gambling Site

How Can You Boost Your Odds Of Winning At Online Casino